I’ve got audio detection setup on a camera.
Threshold is 4 and trig duration is 5.

This is a very low threshold that is meant to capture any type of inside noise while trying to remove some false positives from outside. I have it set right now for testing overnight with an overlap into the morning for a few minutes when my kids are usually about.

This morning my son was listening to some music. Any part of the song is loud enough to trigger the audio detection. My understanding with video is that regardless of the set duration, the video will continue as long as there is movement. I would expect that the audio detection does a similar feature.
In short, I would expect that as long as a song is playing, the entire song would be recorded in a single capture. With a trig duration of 5 seconds, there would need to be longer than a 5 second gap for the recording to stop and a new one begin.

As the picture attached shows, multiple recordings were made for what was continuous sound (or at least nothing more than a .5-1 second pause).

This doesn’t seem like designed behavior. If it is meant to operate this way, can we have an explanation as to why it would be designed to work this way? No one wants to watch 20+ 5 second videos for a 2 minute conversation being held in front of the microphone.

Trig duration set to five means that if audio audio detection is triggered within these 5 seconds, 5 seconds is added to the recording.

Can you explain how that is different than what I stated?

Again - if a song is playing and any single note of that song is loud enough to trigger the audio detection, then doesn’t that mean the audio detection should be triggered continuously throughout the song assuming that no given note of the song is further than 5 seconds apart from the note prior to it?

So if a song is 1:30 minutes in length then the recorded audio should be approximately 1:35 seconds?

To put it another way - to make sure there is no confusion. If threshold is set to “X” and duration is set to “5”.

Thanks for info. I will test this.
I just put my phone playing a song beside the camera. Audio detection with Threshold=10 and Trig Duration=6 sec. Enabled Audio detection. Started the song and after it ended I checked the recorded file and it was 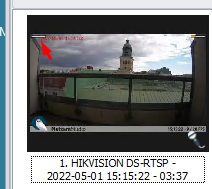 During the song was playing I checked the Audio bar graph that was moving up and down rapidly. The final recorded file was 03:37 which was the complete song.

I will do more testing - although controlled testing like this isn’t really a substitute for real world recording.
As I continue to monitor it though, can you confirm that my explanation in my prior post is accurate as to how the recording should be captured?

Hi,
This is fun. I did this experiment using the same Tabata Timer as when I do my HIIT training at the gym.

I gives start signal and countdowns and it is quiet for 5 sec and then it is countdown for 3 sec. 8 sec. and 6 cycles makes it 48 sec plus 1 sec for Prepare plus 1 sec for end signal. This makes it 50 sec plus 10 sec in Trig duration. In total 60 sec. The video is 60 sec 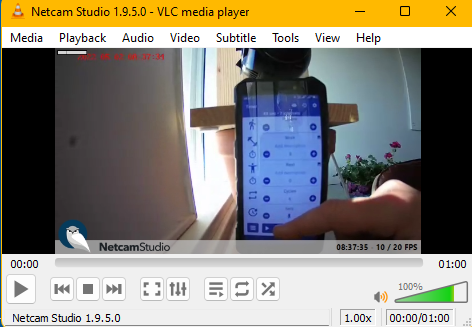 which is quite good. Even give and take a second or two is fine. The final length will also depend on the pre-recording buffer which is usually 1-2 sec.

As you mentioned controlled testing can be different from the real world, but at least that´s the way I do it in engineering and science as a verification process.

Sorry - I got a little lost on your description of what your test is doing.
It sounds like you are confirming my description of how the recording should work however?