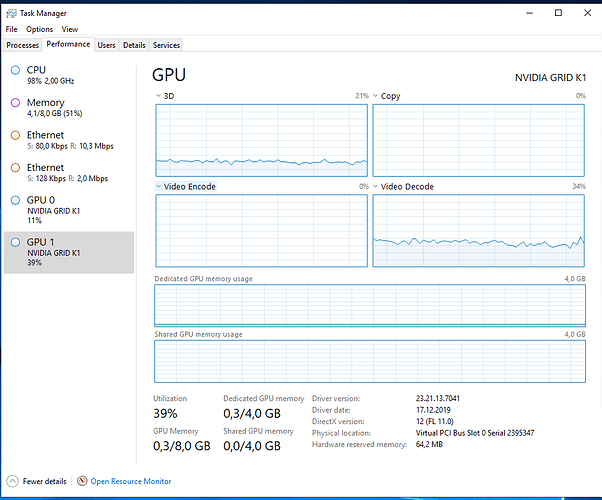 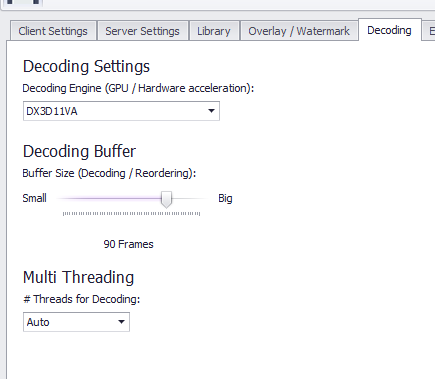 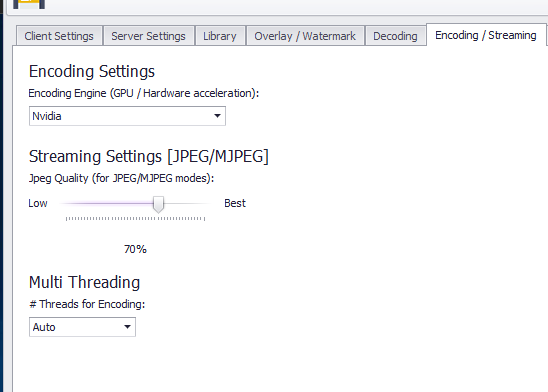 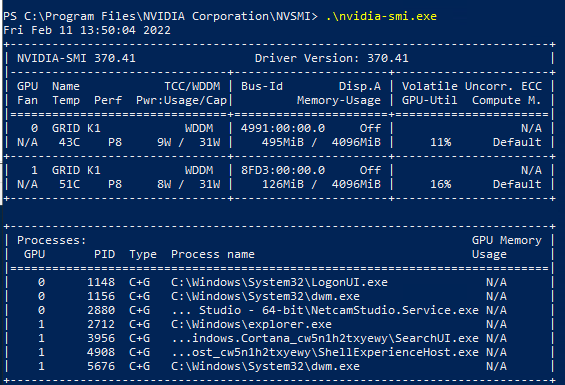 May someone can help me?
In an temp solution i used a NVIDIA Quadro with this card i had about 50% CPU with the same Settings.

Not necessarily anything wrong. Graphic cards differs al in performance so which model of NVIDIA Quadro did you use?
-Henrik

Hi Henrik,
it was a Nvidia Quadro 2000.
The K1 should be newer and more powerfull

Are there new and more efficient drivers to K1 to download?

no i use the latest onec… can i add more? the K1 is 4 Graphics cards in one and i can add as mutch as i need into this VM

Actually, this is quite interesting and your observation above about the difference in CPU load with the different graphic cards is most likely correct. I am learning more just now and will update my post

There are 2 GPU’s. It is only NCS running on this VM that can use the GPU’s? Can you please do the following:
1.I would like to use only one GPU. Please remove one and test with exactly the same NCS. CPU load is of interest.
2.In Settings and Decoding use only the CPU (no HW acceleration). CPU load is of interest.
Important: if you run NCS X do not have a video showing.
-Henrik

So i know testet the steps you told me.
But i removed the Driver completly and reinstalled it.
first: i removed the second GPU.
second: i tested the different with decoding in CPU and with Hardware.
I now have that what i exepctet:
CPU LOAD: 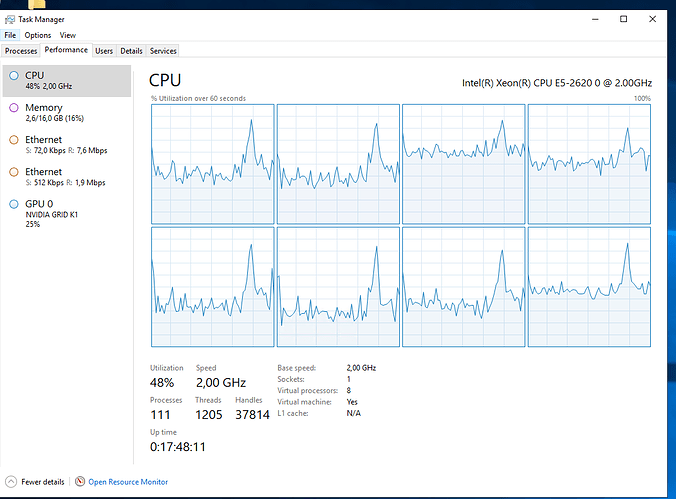 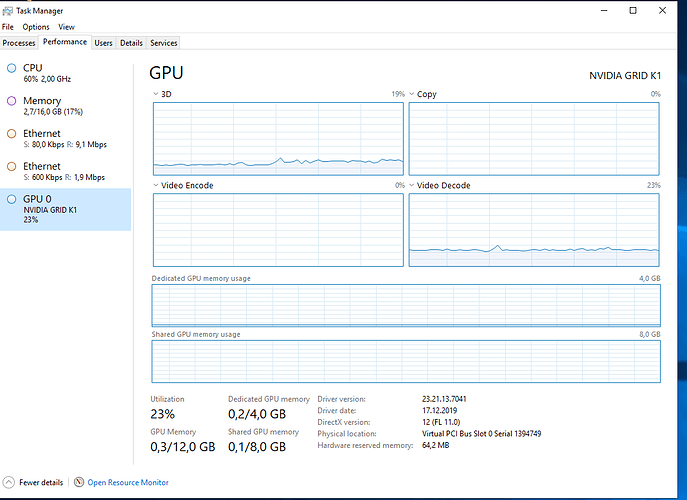 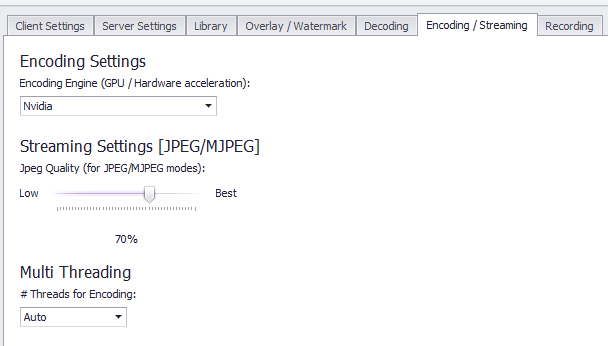 Excellent and thanks for doing the tests.
This is what I expected. One can think that the more GPU´s the better. However, what happens is that the CPU must administrate more and more. First which of the GPU´s to send data to and second administrate the data communication between the CPU and GPU and third combining the data. This administration takes a lot of CPU power and therefore it increased to around 90%. In this case using only one GPU is much more efficient. Most likely it is necessary to have a more powerful CPU to handle multiple GPU´s.

The last question why according to the Task Manager the Encoder is not in use. Is NCS in motion detection or is it set to continuous record a video stream? There are two things involved here. If set to Motion detection NCS will use so little of the GPU encoding power that it do not show. Second is that the Task Manager has problems to show correct data depending on internal or external GPU. The Decoding seems always correct, but encoding is not always correct. If you have another program that shows the Nvidia GPU load it might be better.

Ok thanks a lot for your awnser. did you know a program to show gpu load?

Not any specific, but Nvidia must have programs for monitoring of their own GPU. Look at their website where you downloaded the driver.