Exception in Worker Thread for TimeLapse

I have had to disable TimeLapse due to the following issue: 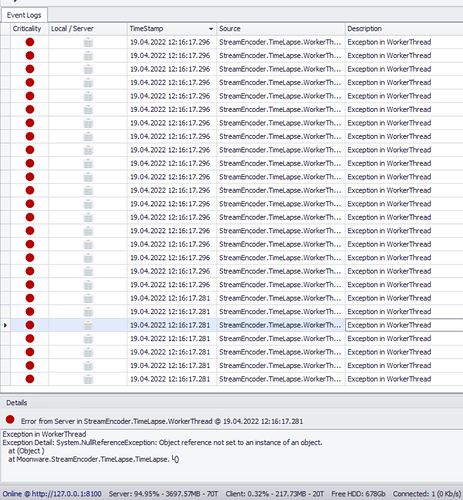 This will fill the log file up, and if logging is disabled it will eventually cause the windows service to halt.

Here is what I did:

Noted the PID that NCS was running under

Continued with these commands:

I have enabled TimeLapse for all sources and am monitoring the event log. So far, after 15 minutes, no issues reported. 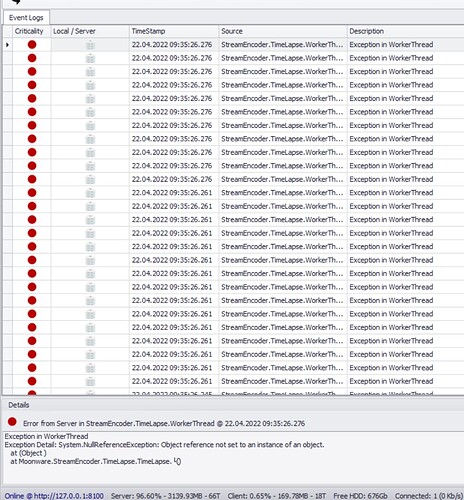 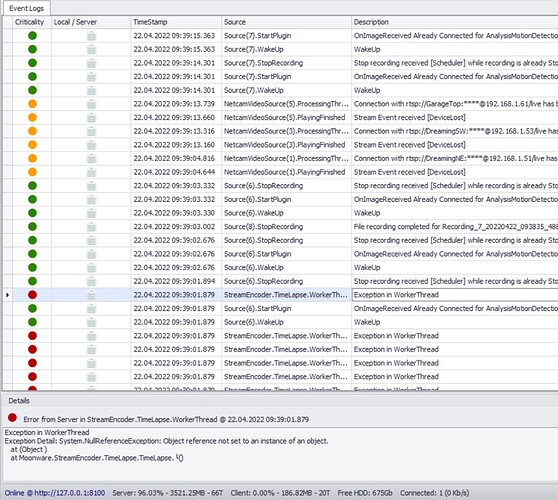 Can we get a software update for this, please?

Since it has been working before so what changed?

The only change was an update to the windows defender virus definitions. This required no reboot to the server.

Here’s what I just tried:

The following was observed:

I am disabling the timelapse once again, but this is an issue for two reasons:

How can I best raise a ticket or issue for this?

Thanks, now I have a configuration to test.

Hi,
I have been running this for 59h now and so far no errors. 6 cams (2 x rtsp and 4 x mjpeg) all in motion detection and with Timelapse enabled and set to 20 sec. for still images. No errors.

There is another component that you might test to update. On the download page Netcam Studio - Network Camera Surveillance Software there are prerequisites. Install Visual C++ Redistributables (x64) from https://aka.ms/vs/16/release/vc_redist.x64.exe again.
-Henrik

I started a PowerShell console with Admin priviledges and did the following:

I will continue testing and monitoring.

After running for a few hours with TimeLapse enabled in the scheduler, the same thing is occurring: 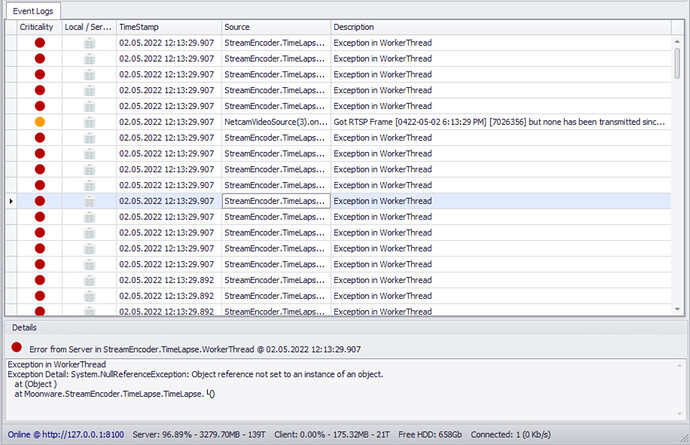 Any other ideas or suggestions?

I assume you installed Visual C++.
Test to not use the scheduler. Just enable Timelaps for one camera and let i run.
Uninstall the latest Windows update for NET framework. Run NCS. If working do a Windows Update.

I uninstalled and reinstalled the Visual C++ Redistributable.

I have enabled motion detection and timelapse for all camera sources, e.g.: 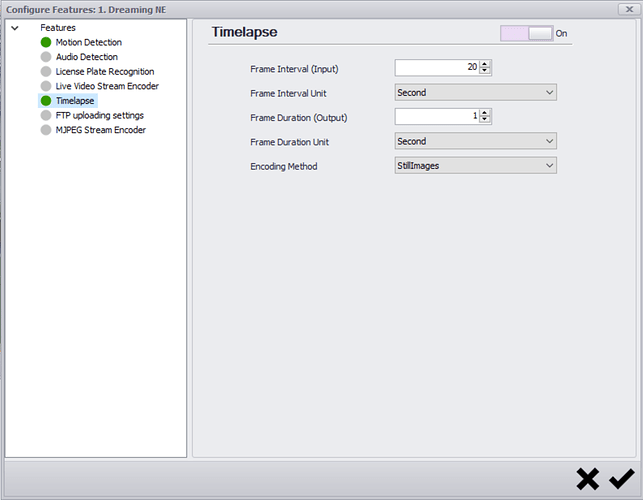 But not set timelapse on all camera sources schedule, e.g.: 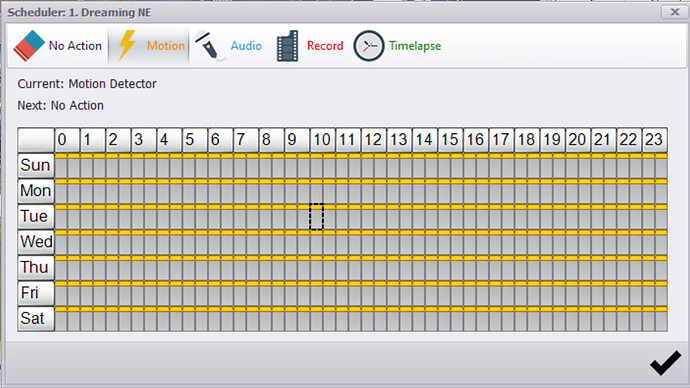 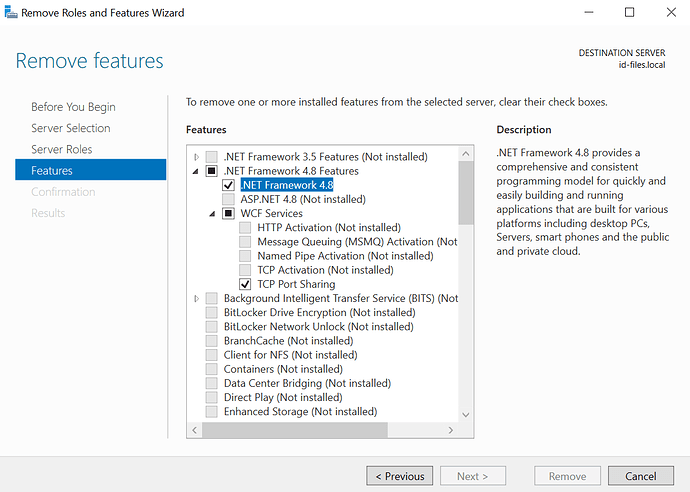 I have read and previously followed the NCS on Windows Server post.

This has been running since March 2022.

As previously noted, several cameras have frozen after not being “kept alive” by the use of Timelapse - the event log is filled with such messages:

I really need timelapse to be active. Any idea on how we can raise this as an issue?

What server OS are you running NCS on?

This installation is running on Windows Server 2022 Standard with Desktop Experience.

I am running server 2022 with same camera setup and config as earlier.
There is a new update of net framework 3.5 and 4.8 that you can see in update history and consider to uninstall for test.

– Have been running Win Server 2022 standard build 20348.681 for about 48h with same config as earlier and cams in motion detection and with a 20 sec. Timelapse. So far no errors.